Dreyersfond  /  Projekter  /  Is there still a right to seek asylum in a globalised world ?
Forrige Næste 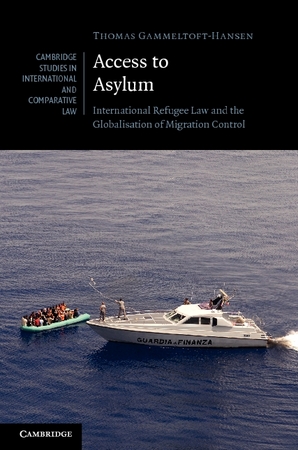 Is there still a right to seek asylum in a globalised world ?

Most refugees today cannot travel to the developed world to seek recognition of their international legal right to protection.  They instead face an ever-expanding array of mechanisms – carrier sanctions, border security systems, migration management regimes and the like – which seek to deflect them away from wealthy states.

This dilemma has been exacerbated in recent years by the rapid expansion of governmental efforts to contract-out many migration management functions to transportation companies, security firms, and other non-state actors.  Refugees may thus never be able to reach the territory of a country which has in principle agreed to receive them; they may never be in a position to state their claim to a person with the legal responsibility and authority to protect them; or both.

In ‘Access to Asylum’ Ph.D. in Law Thomas Gammeltoft-Hansen invites us to see the big picture of an asylum system in which powerful governments exploit legal ambiguity to distance themselves both horizontally and vertically from refugees.  In his view, the power of extant international law is ironically a significant driver of the ‘offshoring’ and ‘outsourcing’ of protection.