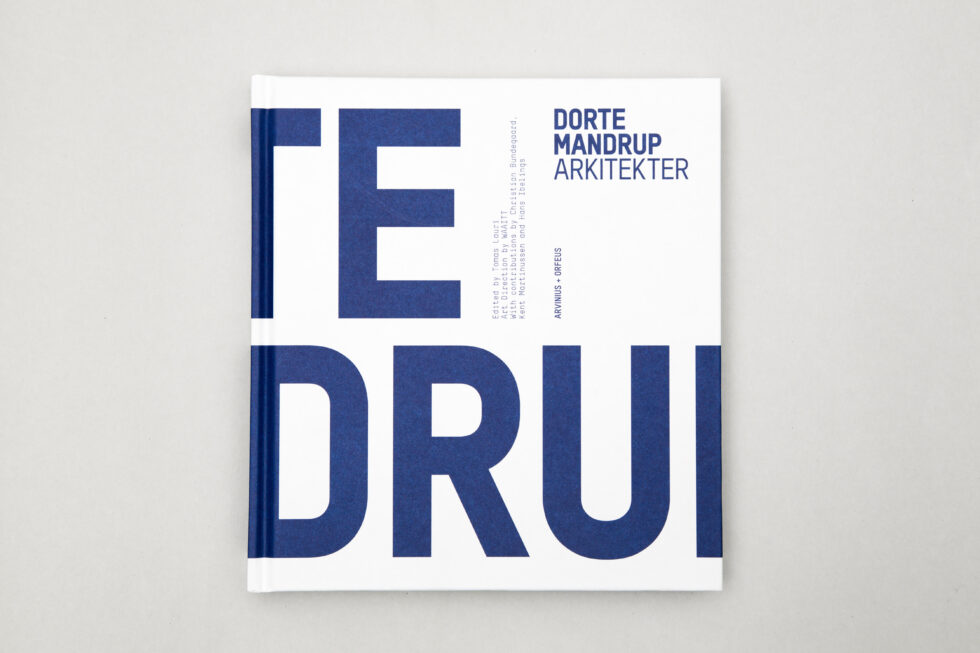 The monograph Dorte Mandrup Architects is the first Danish contribution in the series “Nordic Architects” by the Swedish publisher Arvinius + Orpheus which has already received considerable attention internationally.

The book presents a wide range of the architectural firm’s work and brings among other contributions by Kent Martinussen, DAC, Christian Bundegaard and Hans Ibelings.

Among other things the book writes:

”Dorte Mandrup is one of the most aesthetically original and socially-committed Danish architects of her generation. Her buildings are experimental, sensible and empathic. Endowed with an untamed sense of humour, they represent the best of Scandinavian tradition. Down to even the smallest details, her buildings communicate both with the people they are built for and with the public space that surrounds them.”

“Mandrup’s unique way of handling reality penetrates her project from the most audacious play on spatiality and shapes, as in the Herstedlund Community House, to the gentle restoration of a Danish classic like Arne Jacobsen’s Munkegårdsskolen.”

”The buildings of Dorte Mandrup become style icons; they never confirm a certain generic, architectural expression. This is art at its best – art that seduces its audience. “

The book has been edited by Thomas Lauri.

The monograph about Dorte Mandrup Architects is published in English and distributed worldwide.

The realease of the monograph took place in Valencia – a building that Dorte Mandrup Architects has renovated and modernized on behalf of the Dreyer Foundation.