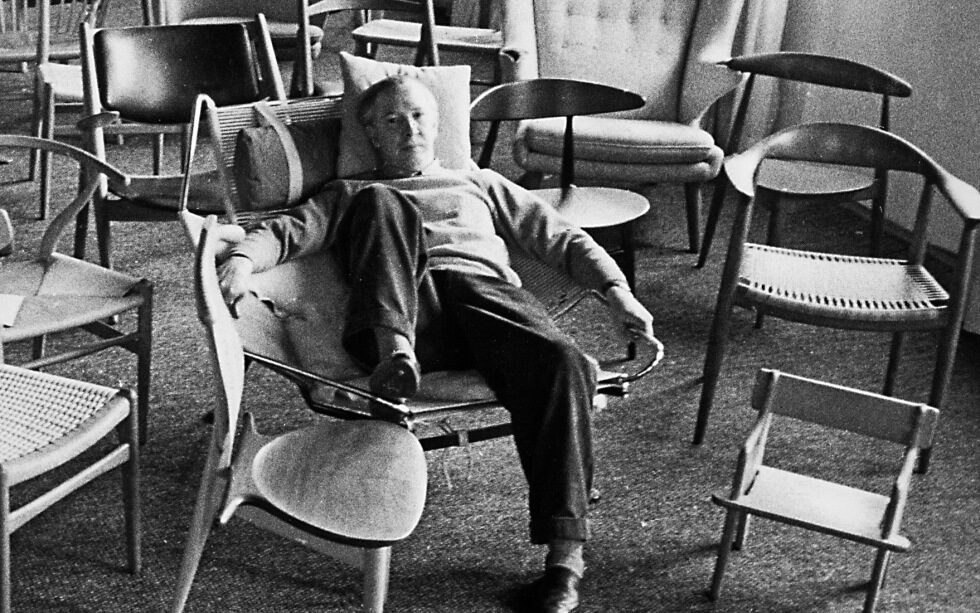 In 2014 Design Museum Denmark as well as the Southern Jutland Museum of Art celebrated the 100th Anniversary of Hans J. Wegner’s birth by showing two exhibitions. At the same time, two new books have been published supported by the Dreyer Foundation.

Design Museum Denmark shows a major retrospective ehibition “Wegner – Just One Good Chair”. The exhibition and the monography of the same title highlight the main lines in Wegner’s life and work – from a brilliant furniture maker to an international icon designer.

The book also tells the story fo the development of Danish furniture and places Wegner in an international context together with works by other major masters of furniture from the 20th century.

The book has been written by the museum’s curator and head of exhibitions & collections, Christian Holm Olesen, and has also been published in German and English.

The exhibition at the Southern Jutland Museum of Art, Tønder Kunstmuseum, focuses on Hans J. Wegner’s relation to his hometown Tønder and his impact on Nordic design.

The book related to the exhibition is an anthology that includes articles from Wegner’s childhood in Tønder and his impact on Scandinavian design. The book also analyzes each of the 37 chairs in the Chair gift from 1995 to the Water Tower in Tønder, and also contains interviews with five contemporary Nordic designers.

Anne Blonde, curator and exhibition organizer at the Museum of Southern Jutland, is the editor of the anthology.

The exhibitions are shown until 2 November 2014.

The book “Wegner – just one good chair” by Christian Holm Olesen has been published by Strandberg Publishing.

The book “Hans J. Wegner. A Scandinavian design icon from Tønder”, ed. Anne Blond, has been published by Tønder Kunstmuseum.

Read more about the exhibition and the anthology “Hans J. Wegner. A Scandinavian design icon from Tønder” at the Southern Jutland Museum of Art, Tønder Kunstmuseum website here