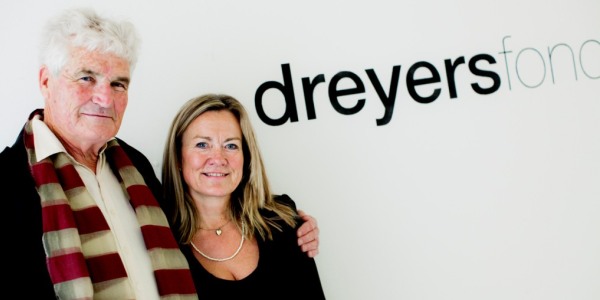 The Dreyer Foundation Honorary Award 2009 has been granted to architect
Richard Leplastrier for his understanding of the true meaning of
sustainability, based on a philosophy best summed up by the motto: ‘Let’s
cultivate less!’

How little do we need? The winner of The Dreyer Foundation Honorary Award ‘09,
Richard Leplastrier, has asked himself this question many times in his long career.
Richard Leplastrier is renowned and recognized for only using resources close by in
an endeavor to minimize the impact on the environment as much as possible. His
favorite material is wood—preferably recycled and veneer—and in principle, many of
his designs can be taken apart and used again and again. In the words of architect
and Dreyer Foundation board member Lene Tranberg, his architecture is an “Ode to
nature”.

In her summary, Lene Tranberg explains her reasons for awarding The Dreyer
Foundation Honorary Award ‘09 to Richard Leplastrier:

“The legacies of Jørn Utzon, Kenzo Tange, and the classic Japanese building tradition
are continued in the most beautiful way – creating human experiences of exceptional
elegance and simplicity. Within the realm of architecture, he has imbued the term
sustainability with a deeper meaning through the ideas expressed in “Let‘s cultivate
less!”

About Richard Leplastrier
Born in Melbourne, Australia, Richard Leplastrier studied architecture at the
University of Sydney. From 1964 to 1966, he worked closely with Jorn Utzon on the
Sydney Opera House. After working at Utzon‘s studio, he spent 18 months in Kyoto,
where he studied traditional Japanese architecture with Professor Masuda Tomoya
and worked at Professor Kenzo Tange‘s studio while studying. In 1970 he returned to
Australia and opened his own studio in Sydney.

Richard Leplastrier has won a number of distinguished awards in Australia—including
the Royal Australian Institute of Architects (RAIA) gold medal in 1999—for his very
personal and outstanding interpretation of sustainability. In 2004, he received The
International Spirit of Nature Wood Architecture Award in Finland, which is only
awarded to the most prestigious architects in sustainable design.

Richard Leplastrier was awarded The Dreyer Foundation Honorary Award in Copenhagen on Thursday 22 October. On Friday 23 October he delivered a lecture
on his work at The Royal Danish Academy of Fine Arts School of Architecture.

Each year in October, The Dreyer Foundation awards DKK 400,000 to
an architect and a lawyer who has distinguished themselves through an especially
valuable contribution within their field. The honorary award was first granted in 1982.
In 2009 the foundation chose to focus on climate and sustainability in their choice of
award recipients.