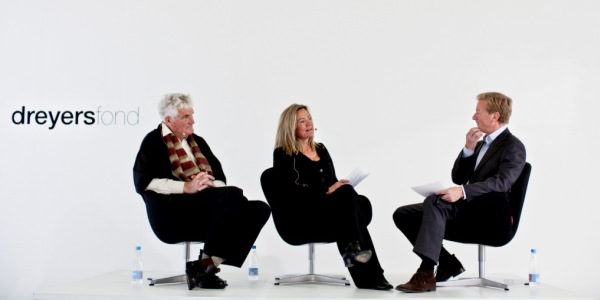 Birgitte Refn Wenzel, lawyer and partner at Mazanti-Andersen, Korsø
Jensen & Partnere, has given the Dreyer Foundation Honorary Award in
acknowledgement of her long-standing engagement and devotion to
environmental law.

With this year’s award the Dreyer Foundation wishes to distinguish devotees that
within their professional areas devise more sustainable modes of navigation in the
standing environmental crisis.

Birgitte Refn Wenzel has, if anybody, through her work with her clients and her
parttaking in boards and organisations contributed to the development of
environmental law in Denmark.

She has a.o. been chairman of The National Association for Building’s Environmental
Committee since its inception in 1985; she is co-founder of The Danish Society for
Environmental Law and chairman of same since its inception in 1991 through to
2001. In the years 1993-99 she was a member of The Environmental Committee of
the General Council of the Danish Bar and Law Society. She has been a member of
the Danish government’s Committee for Soil Pollution (1994-96) and of the Danish
Energy Regulatory Authority, DERA (1999-2003).

Since 2003 Birgitte Refn Wenzel has been a member of DAKOFA’s Committee of
contaminated soil and she has recently been appointed member of the Danish
government’s Committee of Supervision of the Regulations of Environmental
Liability.

Birgitte Refn Wenzel is nominated as examiner at the law degree programs at
Copenhagen University, Århus University and University of Southern Denmark in the
period April 1st 2006 to March 31st 2010; and she is author of a number of Danish
articles and books on environmental law and lecturer in environmental law for young
lawyers under the Danish Bar Association.

WHO’S WHO LEGAL, The International Who’s Who of Business Lawyers, 2009,
regards Birgitte Refn Wenzel as one of the world’s leading practitioners of 2/2
environmental law and one of the top four practitioners in Denmark. In Practical Law
Company (PLC), Yearbook 2009, she is noted ”Leading individual” environmental
lawyer in Denmark.

In bestowing the Dreyer Foundation Prize on Birgitte Refn Wenzel the foundation
notes:

”Birgitte Refn Wenzel possesses a large portion of professional knowledge and a not
lesser engagement and interest in influencing and disseminating the practice of
environmental law to the benefit of not only the legal profession but also to the
benefit of Danish building construction.”

The Dreyer Foundation Prize was awarded Birgitte Refn Wenzel in Copenhagen on
October 22, 2009. The prize is 400,000 Danish kroner and viewed as the most
prestigious legal acknowledgement in Denmark.

Each year in October, The Dreyer Foundation awards DKK 400,000 to
an architect and a lawyer who has distinguished themselves through an especially
valuable contribution within their field. The Honorary Award was first granted in 1982.

In 2009 the foundation chose to focus on climate and sustainability in their choice of
award recipients.