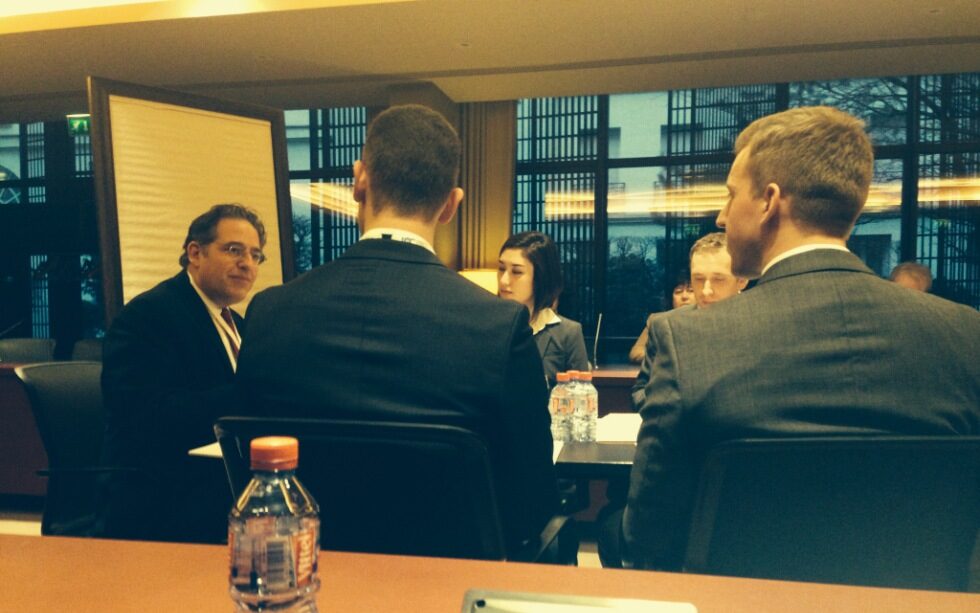 Two Danish Law students from the University of Aarhus won a special award in the International Mediation Competition in Paris.

In the competition, which is the only worldwide competition with a focus on commercial mediation, 66 teams from different universities with a total of over 500 participants participated. The participating teams in the competition consisted of students from both the business world and law schools. Also present were professional international mediators and other leading experts.

In the competition, the students had to resolve a conflict based business case using the internationally recognized set of rules for mediation.

The objective of the competition was to increase the students’ understanding of mediation and teach them to use it as a tool in order to meet both parties’ legal and commercial interests. In addition to this, it was an important goal to create a cross-cultural community and strengthen networking between universities.

Jesper Møller and Martin Bo Thøming are both law students at the University of Aarhus and hold in addition this a Bachelor degree in Economics and Business Law from the Aarhus School of Business and Social Sciences. The coach of the team was lawyer Mikkel Gudsøe.

The competition took place at the headquarters of the International Chamber of Commerce in Paris.

Read more about mediation at the Mediation Institute’s website here