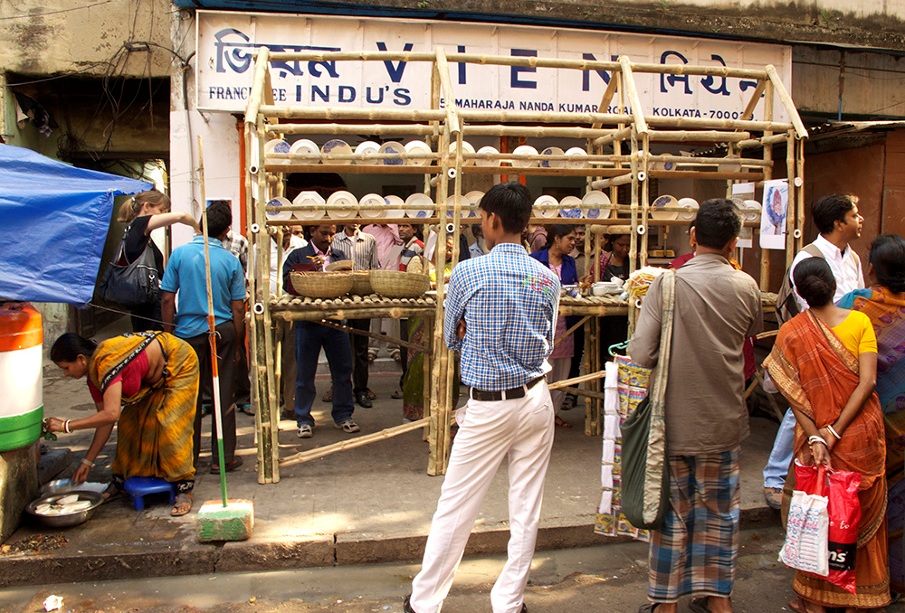 Streetkitchens in Sweden and India

An interesting architectural experiment based on two very different communities in India and Sweden has now been completed. The project was supported financially by the Dreyer Foundation.

Based on the establishment of street kitchens in two very different environments, in Calcultta in India and Kättilsmåla, Sweden architect Gitte Juul carried out a project that has involved both local residents, local architecture and local urban space.

Gitte Juul decided to revive the extinct life in Kättilsmåla where shops, cafes and all the other casual meeting places disappeared long ago, and the town square was reduced to a terminus for the bus to Karlskrona.

As part of the project a portable street kitchen designed the Indian way was established in the small town last summer. At the same time, part of the square was transformed into a garden with lots of edible vegetables.

The aim was to revitalize the city life, and now citizens are taking turns to look after the garden and serve meals in the street kitchen in the summer. The project is now so well advanced that the village’s association during the opening period posts the daily menu on a website.

In Calcutta during November and December 2013 Gitte Juul involved a ceramist, a visual artist, a bamboo maker and a photographer was involved and together they designed a portable bamboo kitchen that was equipped with the locally produced Flora Indica Clay Cups and china with the name WASTE SERVICES made ​​from recycled porcelain. The goal was to make a proposal for a mobile, aesthetic and hygienic street kitchen in contrast to the former often unsanitary and visually ugly street cuisines environments where there is no official control or rules for street kitchen activities.

The purpose of both parts of the project was to challenge  the ideas of architectural opportunities between the town and its citizens and thereby give the discussion about the visual life as a basis for further public debate; and as a starting point, that the community can build on.

The project has been implemented with financial support from the Dreyer Foundation.

Last summer, a street kitchen designed the Indian way was established in the small town Kättilsmåla in Sweden.