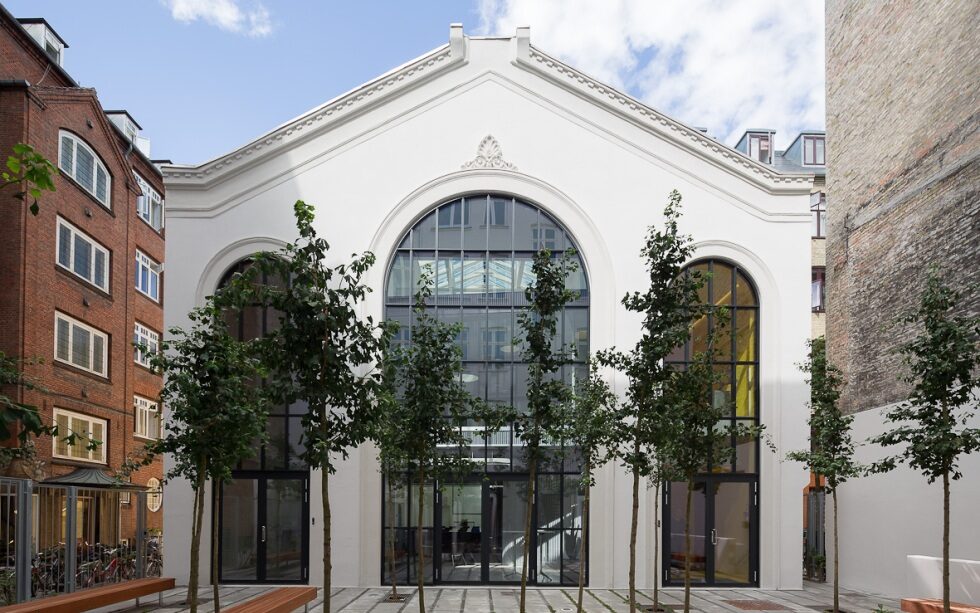 After a comprehensive renovation and modernization Valencia in Vesterbrogade is now reborn as a historical gem in Copenhagen.

The old music hall building that once was Copenhagen’s answer to the Moulin Rouge in Paris, now provides the setting for the course activities of the legal profession and at the same time houses the Asssociation of Danish Law Firms. The Dreyer Foundation is responsible for the renovation and the modernization of Valencia, where people passing by Vesterbrogade now can take a look at the beautiful old beer hall and music hall.

After having been hidden more than 125 years behind both front building and other buildings Valencia on Vesterbrogade 32 is now again visible to the public. The historic building was opened by King Frederik 7 in 1861 as the beer hall Thor’s Hall, and became a dance hall and variety theater hereafter until the beginning of the 1980s.

After an extensive renovation and modernization Valencia now reopens as a conference and meeting centre for the entire legal profession.

The building is owned by the Dreyer Foundation that has developed the ambitious and innovative project in collaboration with Dorte Mandrup Architects. This fruitful collaboration has led to a unique re-vitalization of the old building, where the old building’s facade at the same time has been exposed.

Originally the beer hall was visible at Vesterbrogade, but already around 1890 the hall was hidden by the surrounding buildings.

During the renovation an intermediate building was torn down, so the old facade became visible again. At the same time glass windows in the front building at Vesterbrogade have been established, so people passing by can get a glimpse of the historical facade, designed by the Tivoli architect H.C. Stillling.

For more than 100 years the hall was one of Denmark’s most popular entertainment venues. After the beginning as the beer hall Thor’s Hall it was transformed into the dance salon Figaro. At the time of the First World War the site was converted to the luxurious Palais de dance and as from the late 20s the place was for many years known as “Scandinavia’s largest music hall and dance palace”. Valencia is one of the few remaining buildings from the early development of Vesterbro.

“The building is in a way one of Copenhagen’s most well-preserved and historical secrets. The building has been completely hidden behind other buildings and properties and has thus been invisible for many, many years. It is one of the few remaining original buildings from the early development of Vesterbro, that is now renovated, so it appears as one of the most attractive properties in the area “, Bo Rygaard, CEO of the Dreyer Foundation said.

The old beer hall from 1861 is now a meeting place for the entire legal profession. The Association of Danish Law Firms has moved into the front building that now houses the organization’s secretariat.

“Valencia will be a dynamic centre for lots of inspiring activities for the legal profession. With its central location in Copenhagen and the most modern facilities Valencia is an ideal place for conferences, courses and meetings. Moreover, the historic building is located in the middle of Vesterbro’s charming diversity. It is good to see the old building getting a dynamic life again,” Paul Mollerup, CEO of the Association of the Danish Law Firms.