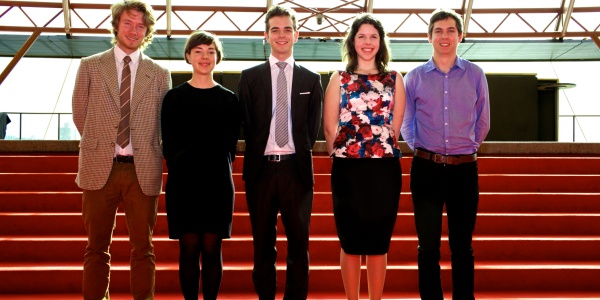 The next team of Australian students going to Denmark in 2015 was announced at an event at the Sydney Opera House.

Friday, August 22, a new team of Australian MADE students was announced. In 2015, five Australian students will spend six weeks with the architectural firm COBE in Copenhagen. The event took place at at the Sydney Opera House celebrating the first year with the Danish-Australian exchange program MADE by the Opera House. At the same time five Danish architect, engineer and design students  presented their suggestions for a new visiting experience at the Sydney Opera House.

The five students are:

“The cross-disciplinary and dialogue-oriented approach is part of COBE’s DNA – and this is one of the reasons that we have chosen to participate in MADE. In our projects we always work together with other professions, as we believe that it ultimately creates the best results. ”

The event also marked the end of the first phase of the Australian MADE project where five Danish students of architecture, engineering and design have collaborated on a multidisciplinary project for six weeks. By examining existing challenges, the MADE projetct has focused on improving the visitors’ experience of the Sydney Opera House. The project has been supplemented by guidance, lectures and study trips conducted by HASSEL, Arup and Steensen Varming.

Read more about MADE here