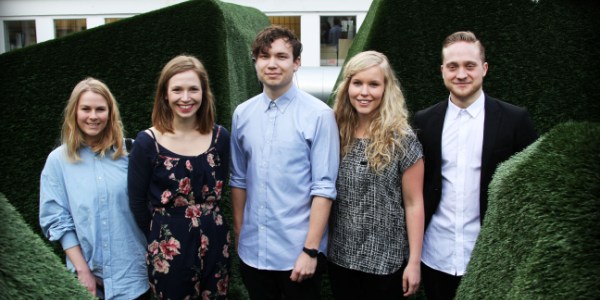 Danish students participate in the modernization of the Sydney Opera House

Five Danish students are going to Sydney this summer to participate in the modernization of the Sydney Opera House. The five students have been selected from a total of 60 applicants.

Their names were announced during the presentation of the project ” A Eurovision to last a Century – A Catalogue of Potentials.” The project was developed by the first team of Australian MADE students who have been working together in a multidisciplinary team at Henning Larsen Architects in Denmark  for six weeks.

The five students are the first Danish team in the series of a total of 100 Danish and Australian students who will participate in the Danish-Australian exchange programme over the next 10 years.

A total of 60 students from architecture , design and engineering have applied for participation in MADE by the Opera House . Of this area , five talented students selected . They are all very academically strong interest to the multidisciplinary approach as well as excellent communication and interpersonal skills.

The five students are:

The Danish students are travelling to Australia in July-August 2014, where they will work on an interdisciplinary project for the Sydney Opera House .

The five Danish students were presented in connection with the completion of the first phase of the MADE project in Denmark, where five Australian students have been working together in a multidisciplinary team at Henning Larsen Architects for six weeks.

At this event the project “A Eurovision to last a Century – A Catalogue of Potentials” was presented. The project is based on the Eurovision Song Contest, that is held in May 2014 at the old shipyard area, B & W Refshaleøen, in central Copenhagen. The students have identified and analyzed the potential of placing the Eurovision Song Contest in this area and gave at the presentation on 21 February at Henning Larsen Architects some specific ideas about development opportunities for the site.

Read more about MADE here