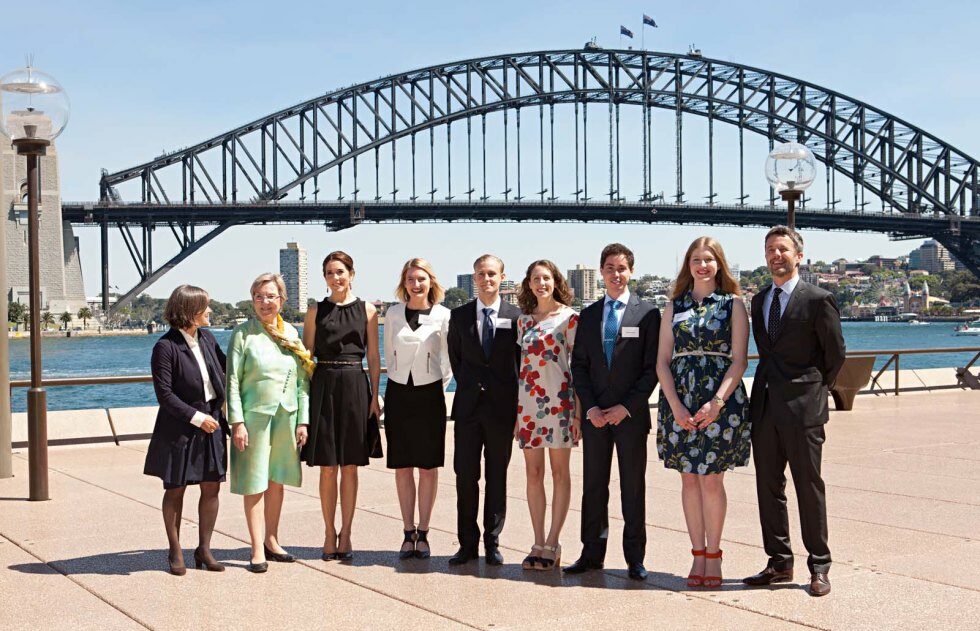 Danish Students participate in the modernization of the Sydney Opera

MADE by the Opera House builds on the exceptional relation that arose between Denmark and Australia in connection with Jøtrn Utzon’s masterpiece the Sydney Opera House. MADE (Multidisciplinary Australian Danish Exchange) is about passing on the multidisciplinary approach and process that was the foundation of Australia’s most famous building. The participants in the exchange programme will be students in the fields of architecture, engineering and design  – the same disciplines, that once contributed to the development of the Sydney Opera House.

The exchange programme will every year for the next ten years give five Danish students the opportunity to work with the renovation of the Sydney Opera House with the Australian advisory firms involved. At the same time five Australian students every year for the next ten years will work on a project in a Danish architectural, engineering, or design company. The first group of Australian students will come to Denmark in January / February 2014 where they will work with a multidisciplinary project at Henning Larsen Architects.

“The Dreyer Foundation supports MADE because we believe that there is an increasing need for positive and integrated collaboration in light of today’s complex building conditions – and the renovation of the Sydney Opera House is an excellent opportunity to promote international cross-disciplinary collaboration and enhance the knowledge of Utzon’s architectural principles,” Bo Rygaard, CEO of the Dreyer Foundation, says.

MADE by the Opera House is a collaboration between the Sydney Opera House Trust and the Royal Danish Academy of Fine Arts Schools of Architecture, Design and Conservation (KADK), and in Denmark, supported by Dreyer Foundation, the Bikuben Foundation and the Obel Family Foundation. In Australia, the program is supported by Arup Pty Limited, Steensen Varming (Australia) Pty Limited and The NSW Architects Registration Board.

Read more about MADE by the Opera House here